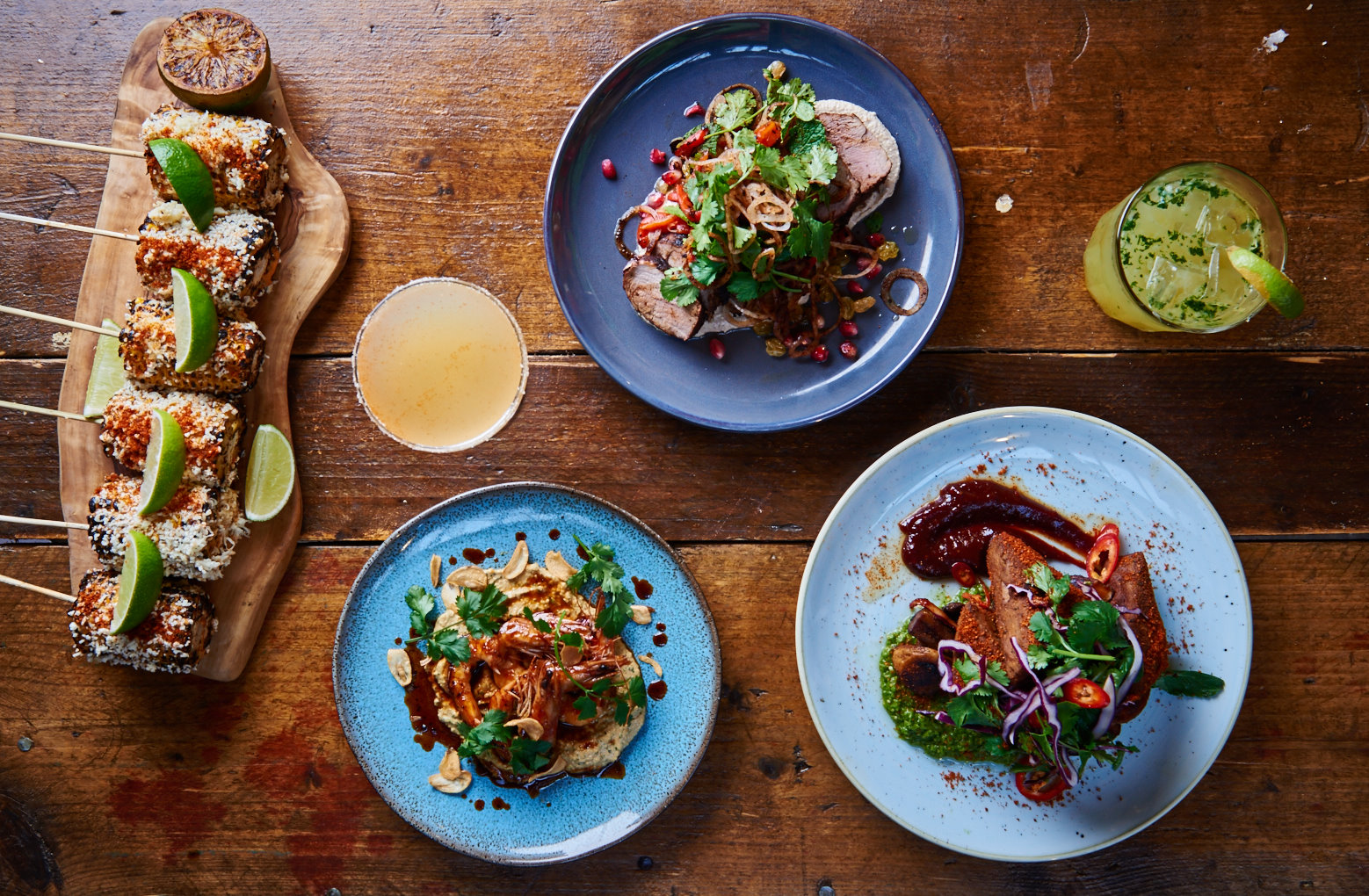 Head chef at Caravan King’s Cross, Alex’s love for experimental southern Mexican cuisine has resulted in some very exciting dishes. Bringing authentic, traditional street food to the streets of London with a gluten free menu, Alex’s food is anything BUT traditional ‘tex-mex’.

The menu is bold with dishes such as Chickpea chips, chipotle ketchup and Tequila BBQ Plantains, vanilla, coconut yoghurt.

Pan is a Greek Pop up run by Despina and showcasing recipes that have been in her family for generations. A combination of classic Greek dishes made with the best quality ingredients makes for a mouth-watering menu. Taste a selection off dishes on the menu including British organic lamb ribs marinated in wine and wild oregano and
Imam bailnti, stuffed aubergines with peppers, tomato and onions.

White Asparagus is led by Head Chef Sebastan Delamothe who invites you to an exploration of the diverse cuisine of Germany in their newest residency at Islington’s fave gastro-hub. In-season white asparagus plays a starring role with dishes like Grandma Inge’s white asparagus soup presented alongside pan fried stonebass with curry butter. Previously working at Michelin-starred restaurants like La Vie in Osnabriuck (3*), Delamothe heads up the kitchen Thursday to Sunday until the end of June.