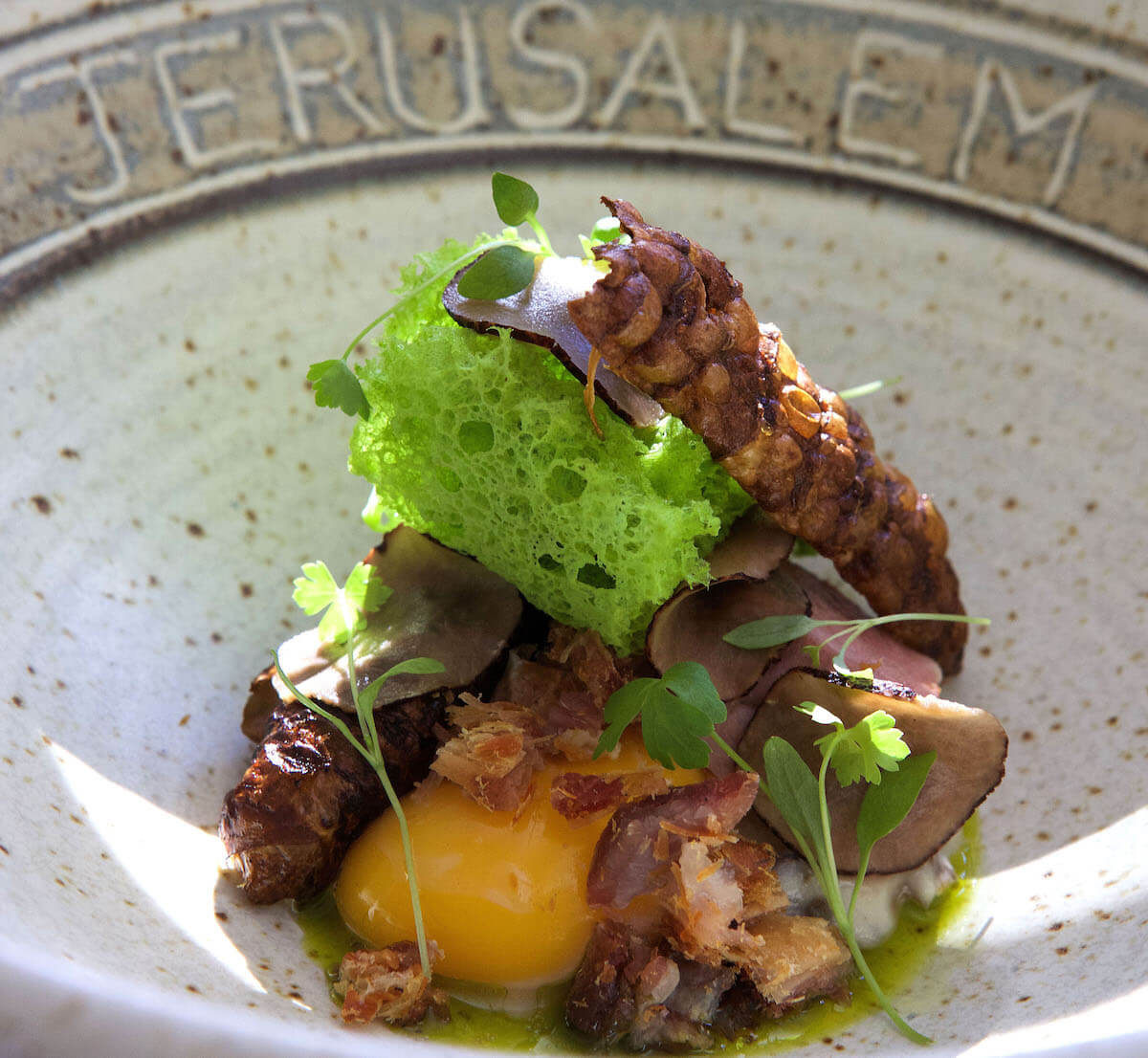 I’ve recently enjoyed another series of The Great British Menu especially with Richard Bainbridge, one of my fave chefs coming back as a veteran judge. I became unashamedly obsessed with the passionate chef whose emotions ran wild when he finally won not one but two places at the banquet in the 2015 season of the show and I drove an obscene amount of miles just for lunch the moment he opened Benedicts!

After leaving head chef position at Michelin-starred Morston Hall,  to go it alone and open restaurant Benedicts, success has been fast and furious and definitely hard fought and truly deserved. With a dedicated team along with his wife Katja at his side and running front of house, Benedicts, on the street of the same name in the centre of Norwich has become a place people love to go to. It’s consistently in the Times top restaurant lists and reflecting on my visit it’s easy to see why.

Did I mention I became obsessed with this talented chef? Oh I did? OK. Well when I heard about Benedicts and that the new menu was to feature those dishes.; the stunning ‘Jerusalem’ artichoke winning starter and ‘Nanny Bush’s Trifle’ -I had to visit. When an invite came through I could barely contain my excitement and as news of the opening spread and bookings flood in, I took a short notice lunchtime availability and I was off -on a 300 mile round trip!

Luckily my better half is also a blogger and reviews luxury cars. So on that particular weekend we were in possession of an utterly awesome Rolls Royce Wraith for review, so the journey was a complete pleasure -if not a little white knuckle at times for me!

When we arrived, we were greeted warmly by Katja and shown to our seat; a charming spot by the window. After ordering Richard came over, pulled up a stool and despite being mid busy service, chatted away like everything was fully in control and we were just as important as the food he’d be serving. He does this a lot apparently -I love that in a chef. On the chef’s recommendation -and because I could think of nothing I wanted more, we ordered the Great British Menu Tasting Menu.

Every course was served proudly, with that knowing look as it was set on the table. That look that said “you just wait until you try this, it’s phenomenal”. And each time it was. We moved through a flavours of childhood amuse bouche consisting of cheese and pineapple on sticks along with prawn cocktail bites.  Onto potato mouse with the most delectable gravy either of us had ever had the pleasure of eating before before the starter that was chosen to feed the WI at the GBM banquet; ‘We All Stand For Jerusalem’ as shown on the main image. The dish was Richards interpretation of the hymn Jerusalem, a song that is sung at the beginning of each WI meeting. It showcases Jerusalem artichokes along with lamb, egg yolk and truffle and is an obvious winner to me.

And the story continued. ‘For Home And Country’ -smoked River Trout, so delicate and fresh followed by ‘Betty in the Hen House’ -another memorable GBM dish featuring a whole roast chicken which was full of flavour.

I’d assumed Sister B’s DIY Victoria Sponge Cocktail was the prelude to the infamous ‘Nanny Bush’s Trifle’ but it held it’s own for fun filled immersive fun as well as flavour.

When it was time for the trifle to delivered to our table, cloaked in a makeshift tent ready for the big reveal, we sort of anticipated that it would be good After all, it beat stiff competition to become the dessert served at the banquet. But what I personally wasn’t prepared for was its authenticity. The way the intense trifle flavour I remember from way back took me right back there once more; flooding me with Christmas and Birthday party memories that only a damn good trifle can.

Despite the journey home ahead of us, we savoured a long lazy lunch and had great fun along the way -just as Richard explained, had been the plan. “We wanted to make Benedicts the sort of restaurant that we’d love to go to. No rush, excellent produce with a story to the menu that makes dining here memorable.” As I write this two years on, I think it was certainly that!

Richard even made time for selfies!