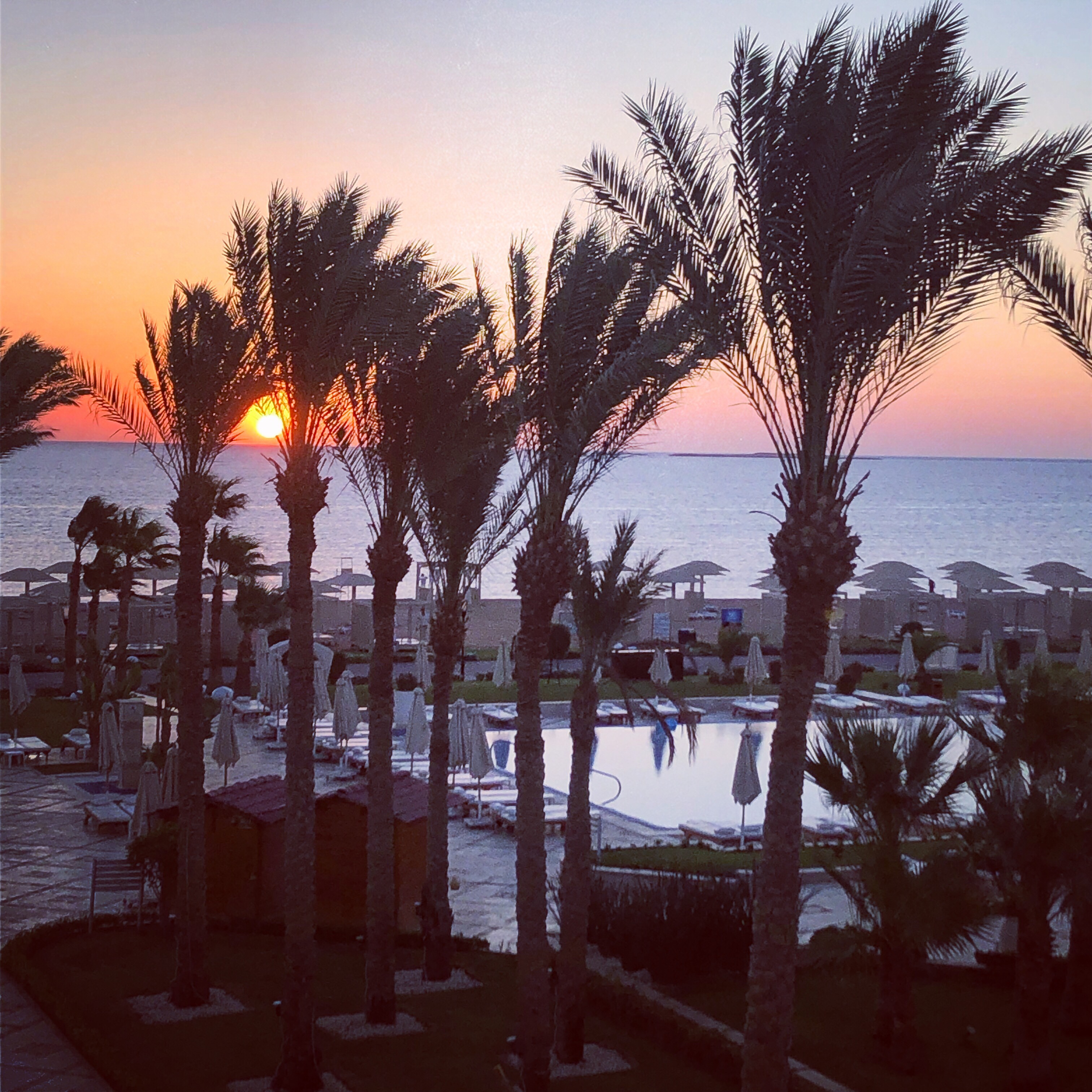 Things to do besides visiting the Pyramids

So we went to Egypt for a quick week away in July. We knew there’d be a chance it’d be unbearably hot but it’s such good value if you want something in between other plans and want to keep the cost down. We opted for five star all inclusive adult only -it was indeed bliss, but for sure, the hottest place I’ve ever been!The first thing we wanted to do was book to see the Pyramids of Giza in Cairo. Sadly we were told categorically we were not currently allowed as British tourists to do so. It was for our own safety (we knew there would be an element of risk of course) and although the hotel couldn’t help us arrange even a private trip, if we sought an alternative way to get there in any way, we were on our own. As an extra kicker, because the Foreign Office has said it was a no go area, our insurance wouldn’t be valid.

Now I was there not three months after ankle reconstruction surgery, still in pain and still walking with a limp. It simply wasn’t worth it. So we thought about other things we could get up to.

Valley of The Kings was also on the list but then we were both struck with the dreaded illness and couldn’t risk going far from the hotel!

Don’t get me wrong I can lie on a sun lounger with the best of them, but for 7 consecutive days -no way! Bored.com! I need to explore! I need to see things and expand my cultural horizons, it’s just me. So bug or no bug it wasn’t going to stop us having the best time!

So we lounged a little and thought about things we’d not done before and decided to create a list of firsts that we could do here in Egypt. Here’s what that looked like;

Snorkelling in the Red Sea

Sal al Hasheesh is a bay just south of Hurghada which is home to the most beautiful coral reefs in the Red Sea. Our hotel was located here and with its own private beach had a jetty to take swimmers and snorkellers safely over the coral and into the sea. Having never been snorkelling in the Red Sea this was a first that we loved so much, we repeated daily! We did take our own gear with us along with our Go Pro for some underwater photography-but sadly this gave up on us in the very first day! (Thank you Go Pro who have already replaced it, but of course too late to capture the holiday)

We worked out the quiet times and started to see more and more ocean life as result. We swam with Stingrays which was a major highlight and saw some of the most beautiful coloured fish along with a very scary one -a Lion fish! One of the most dangerous with poisonous spikes. We had to escape one twice! We also saw a huge conch shell leaving a trail as it moved across the sea bed and lots of coral snakes. If all that wasn’t unforgettable enough, MrMc went without me on the very last day (I never swim prior to flying due to an ear condition) and he swam with a turtle for about five minutes! Simply amazing.

FYI: The coral is protected habitat and it’s a huge offence to harm it in any way -as it is to take home even a piece found on the beach!

One evening we decided to get the hotel to zip us into the city. We took another couple with us who wanted to go but had heard it was too scary! To the untrained haggler it can be a little. It was definitely the most intense place I’ve visited!

The city is loud and colourful but the people are not wealthy and as a result they try a lot harder to get you to come with them, come into their store or stop at their stall -all in the hope you’ll spend money on something! We were offered all sorts by all kinds of people go all ages.

It. An be daunting but if you hold your ground with a smile and carry on, only stopping at what you want to see, you’ll be fine. We also visited the Marina whilst we were there. This was a whole different story with hagglers being stopped by security at the gate, it was a more relaxed place to wander. Boats, shops and eateries line the water in a modern but traditional style. Not a hint of the run down streets at the other side of the gate.

Spider Buggy Safari in the Sahara

Craving an adrenaline rush a Quad adventure in the Sahara caught my eye! Not able to get back on a quad with my ankle issue just yet -we hired spider buggies instead!

We booked a private guide to take us on a trek through the desert. This was a great adventure, not least the thrill of wondering if we’d get back alive! On a serious note, the heat is totally excessive and you do think -what if anything happens to any of us or the vehicles, we certainly wouldn’t last long out there! Our guide took us and another couple an hour into the desert. Nothing but sand and dunes and mountains -and heat, we raced at full speed with dust covering every inch of us. It was exhilarating!

We were taken to a Bedouin camp where we were offered hot freshly brewed tea! Yes, I wondered too, but it was way more quenching than water for sure! We then got to ride a camel -another first, before heading back covered from head to toe in sand!

The last first we ticked off our list was shisha smoking (also called hookah, narghile, waterpipe, or hubble bubble smoking – is a way of smoking tobacco, sometimes mixed with fruit or molasses sugar, through a bowl and hose or tube.)

I don’t smoke at all, ever and really didn’t know this actually contained tobacco! I wondered why it made me slightly light headed and giggly! It was fun though, as a one off. It’s something I’d never done but now I can say I have!